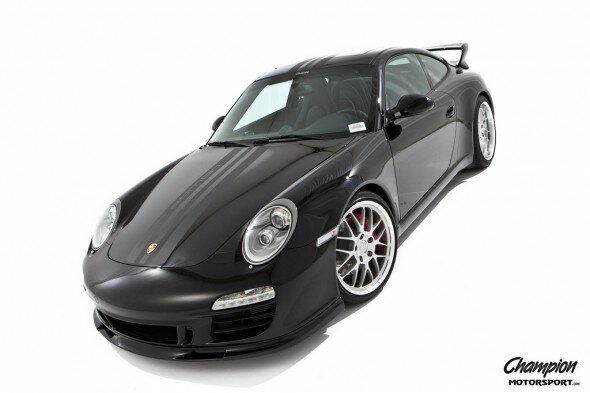 The Champion Motorsport F77 package has become the benchmark of style and performance upgrades for the 911 Carrera. This stunning black second generation 997 (997.2) is no exception. The exterior of the F77 is highlighted by the factory Porsche Aero-Kit which features an aggressive rear deck-lid with integrated spoiler, GT3-inspired front bumper, and aggressive lower front spoiler. Under the skin, the F77 features a host of performance modifications including the gorgeous Werks1 carbon fiber airbox, Champion Motorsport PDK paddle shifter upgrade, complete Tubi Style performance exhaust system, and Champion Motorsport/H&R performance sport springs. The resulting power increase of approximately 25 horsepower and 20 lb/ft of torque bring the engine and acoustics to life. (Optional GIAC performance software is also available to further increase power output). The newly lowered body also sits on a set of Champion Motorsport RG5 forged alloy wheels in 19×9 and 19×12 wrapped in Bridgestone rubber. Tying it all together is the signature matte black F77 stripe, relocated from it’s lower door location on past generation F77 cars to it’s new home atop the 911’s body. 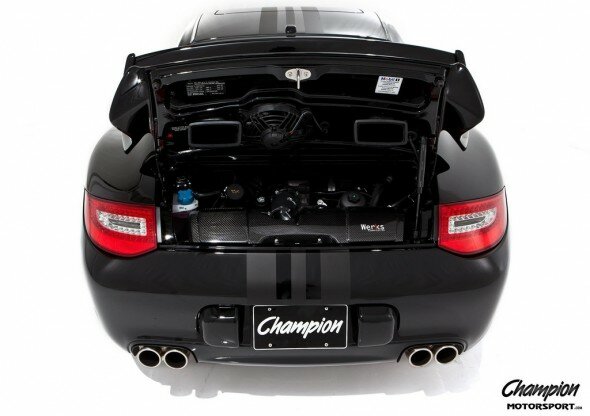 This entry was posted on Monday, February 14th, 2011 at 10:57 am. It is filed under Archives - February 2011, Automotive, Featured Posts. You can follow any responses to this entry through the RSS 2.0 feed.